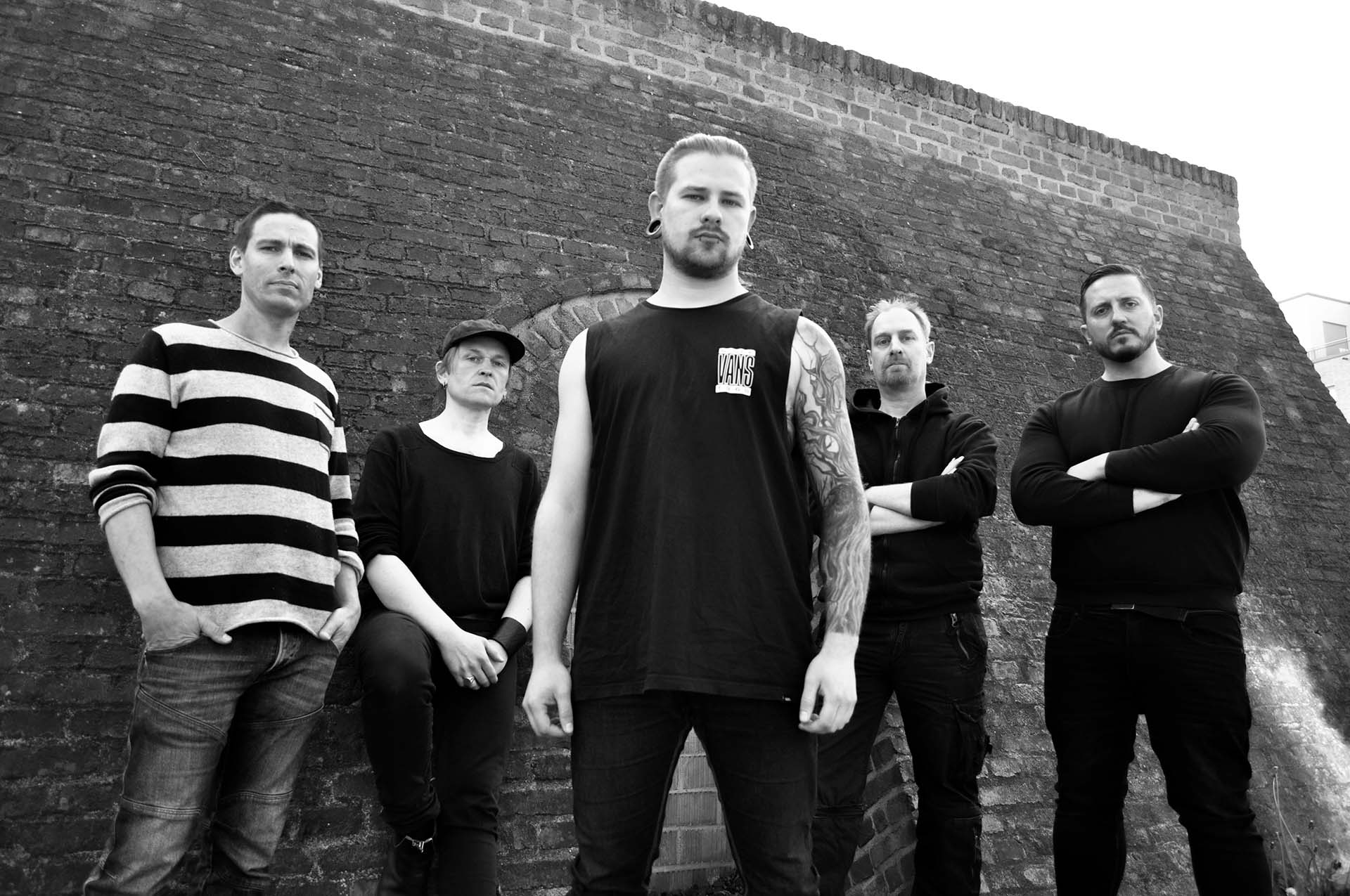 Drown in Embers was spawned in Düsseldorf anno 2012 by guitarist Pete, drummer Martin and bassist Reini 4 years after their former band “Exchased” split up. Getting back together after this time, all of the members joined forces to fit all ideas and influences into the concept of Drown in Embers.

Right after the first songs were written, a second guitarist was needed and was found in Jacques who already helped out on Exchased’s last gig and joined the band in 2014. Still in need for a vocalist, Drown in Embers were able to get some help from Threat Signal’s Jon Howard for their first single Infinity Declined.

After years of searching for the right vocalist, Nikita finally completed the lineup in 2018.

Now in full lineup, the first EP “Remembrances of the Argonaut” finally touched the light of life in November 2019. It was recorded completely in the bands homestudios while mixing and mastering was done by Jon Howard in his Woodward Studios.

In 2021 Laurenz joined the band to take Jacques’ place who had to leave the band due to personal reasons.